Microsoft continues to release new versions of SQL Server which means we need to perform upgrades to stay current. In addition, with SQL Server 2008 and 2008R2 going off of support, many DBAs and developers find themselves facing the need to upgrade these servers as well. While SQL Server upgrades offer the benefit of exciting new features, they also carry the risk of performance degradation, courtesy of SQL Server optimizer changes.

Joey D’Antoni is an Senior Consultant and SQL Server MVP with over a decade of experience working in both Fortune 500 and smaller firms. He is a Principal Architect for Denny Cherry and Associates and lives in Malvern, PA. He is a frequent speaker at major tech events, and blogger about all topics technology. He believes that no single platform is the answer to all technology problems. He holds a BS in Computer Information Systems from Louisiana Tech University and an MBA from North Carolina State University, and is the co-author of the Microsoft white paper “Using Power BI in a Hybrid Environment” 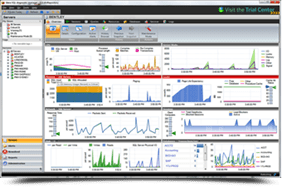